A few general improvements here and there.

Now enemies will begin each battle with a random combination of arms chosen from a predefined set. The idea is for each of these arms to give the enemy new passive abilities or even attacks. Their random combinations should result in a wide array of different (and usually silly-looking) enemies.

I also added a few new different types of cards, to add more variety to the mix. 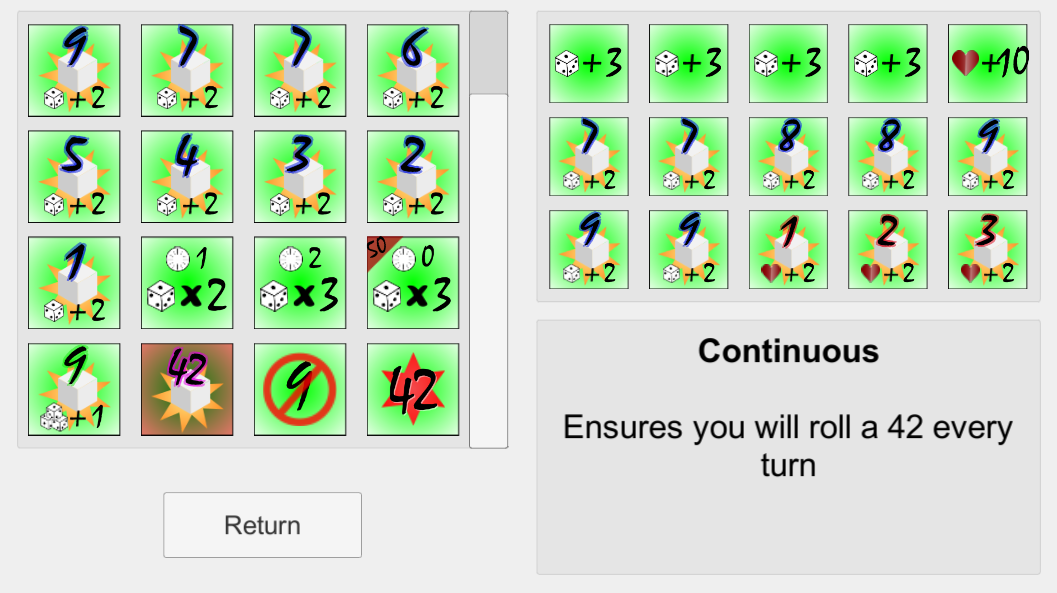 So now we have cards with effects such as: