New build ready to be downloaded at: https://justacicada.itch.io/random-number-god

This is a game about dice. About rolling ridiculous amounts of dice, and managing a deck of cards that will let you roll even more dice so that you can take down your enemy before running out of health and cards.

It’s officially still in beta, but that’s a mere formality. Most of the playable game is there. You have an infinite progression of enemies to defeat, each stronger than the previous one. The enemies are not fixed in stone, instead each of them will have random body/arms that will grant them different skills and attacks. The further you progress, the more dangerous arms they will have access to. 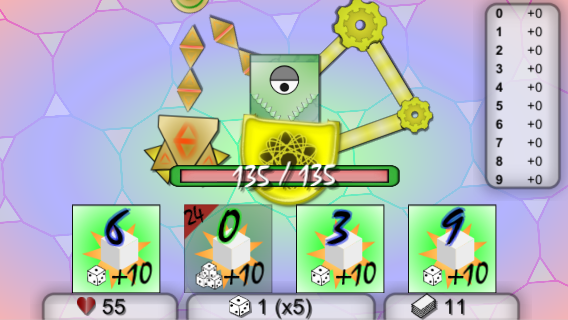 But to help you in your ordeal, defeating enemies will net you new cards. Procedurally generated, too. So the further you progress, the stronger and more varied the cards at your disposal.

So what’s new in this version? First, “fortunes”. They are passive bonuses and abilities that you can buy in exchange for EXP. You get EXP by defeating enemies or trading away cards you no longer need.

So you have fortunes that increase your health, or your initial amount of dice, or maybe do things like lowering damage received, adding a passive regen effect, or if you’re feeling wild, even affecting the number of sides on the dice. Each fortune can be leveled up an infinite amount of times, although they will of course become more expensive the higher their level. 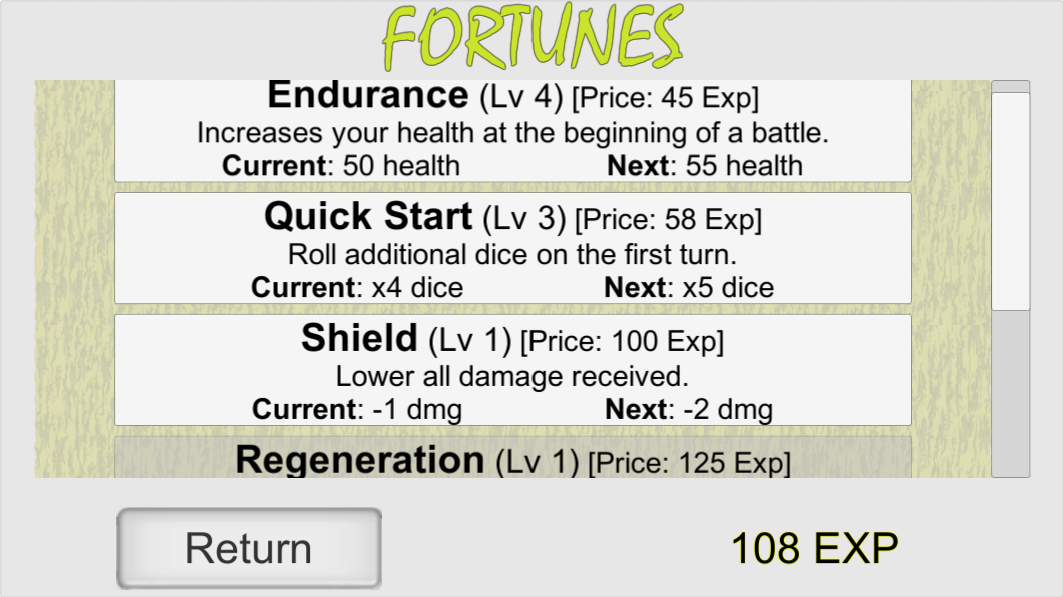 Also, now the battles have backgrounds too! Enough of staring into an empty black void. The backgrounds are mostly… psychedelic and nonsensical? Color experiments with shaders, really. Is “Earthboundian” a word?

In theory, the game has no end. You can keep defeating enemies and raising your rank indefinitely. What is the highest rank you can reach?