Have you ever wanted to know how it feels to roll a quintillion dice? Have you ever wondered how statistics start to break as numbers grow bigger than the literal number of stars in the observable universe? No, obviously. But even then, this game is here to answer those questions.

The gameplay core for the game remains mostly the same. You roll dice, hurt your opponent on certain rolls, and use a deck of cards to alter the effects or chances of those rolls. But the way this worked made it too easy for numbers to quickly get out of control. And – why shy away from that? Why not make the most of it and try to balance the game around that? 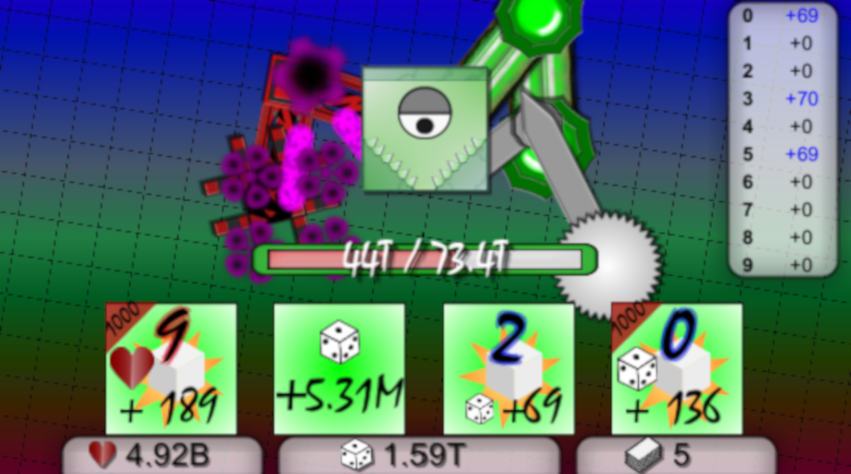 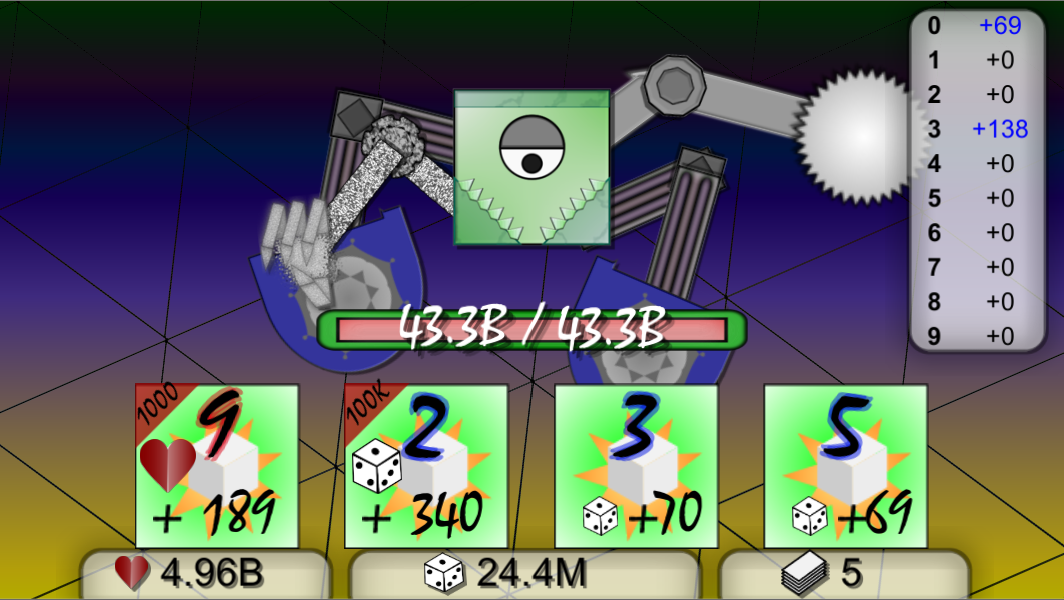 The enemies also hit harder, but the player’s options have also been buffed accordingly. But even then, you will eventually reach a point where the enemies start one-shoting you or have too much health. What then? Nothing stops you from grinding for more EXP, but it may be wiser to use this new option: the “Reroll”.

This is what most incremental games know as “prestige” or “ascension” or one of those fancy words. You set aside your current cards and skills and go back to square one. In exchange, you get some fancy bonuses that will let you get back to where you left off much quicker. You will then be able to push onwards further than you could before. 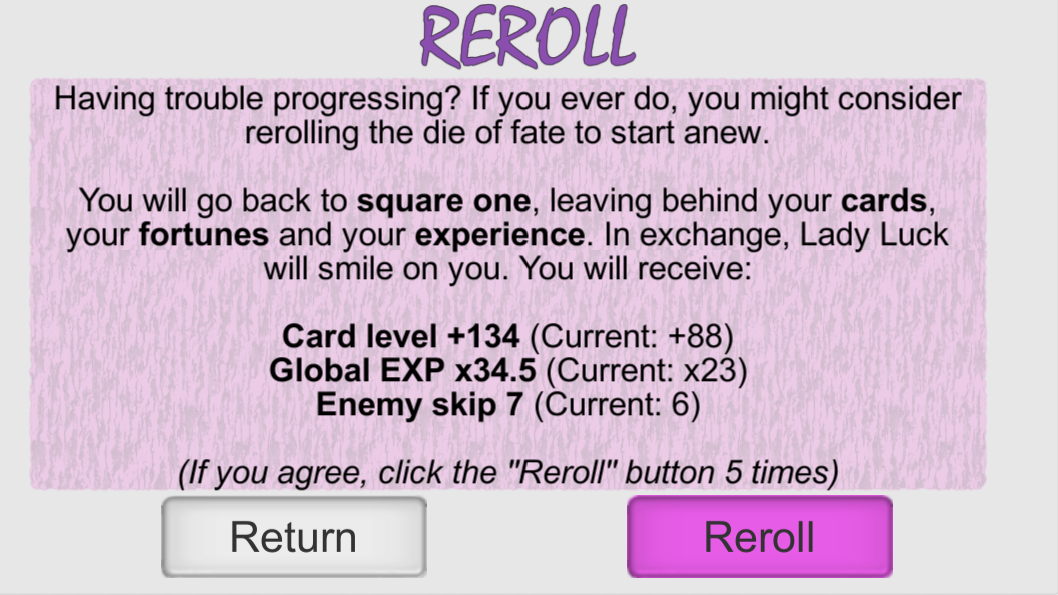 There are also some quality-of-life improvements, such as performance fixes and the option to speed up battle animations. Once you know the rules of the game, this option can easily make battles last <2 min for a more fluid progression.

Old save files should still work, if anyone happens to have one. Since the prices of Fortunes have gone through a revamp, returning players will have their Fortunes set to Lv0 and will regain any EXP spent on them, so that they can freely decide how to re-build their character. (Although I figure deleting the file and starting anew might actually result in a better experience overall. There’s an option for that in the menu.)

There’s also some tweaking on how some enemy abilities work, and the kind of cards you are awarded. Cards should now improve at a much, much faster rate, and a few more strategies and card combinations should be viable.

So that’s pretty much it. Hope you enjoy it. Cheers.